‘My Dead,’ by Amy Lawless 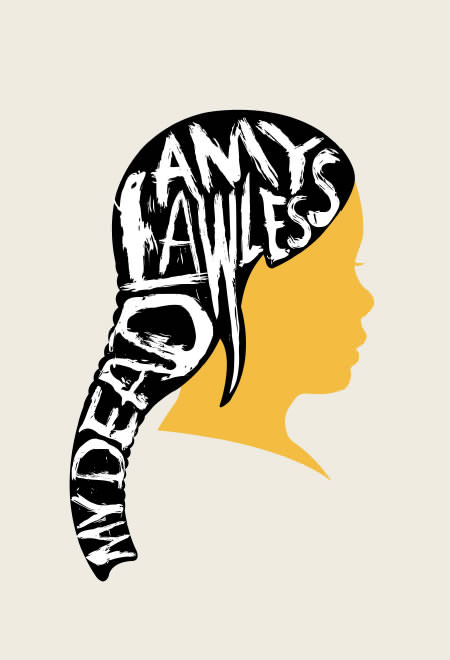 “Poetry is a way to live, a way to talk about the world, a way for shit to matter. Literature and creation of poems is just one paradigm through which to make sense of the world.” —Amy Lawless in an interview with James Gendron at The Conversant.

The dead never leave us, or rather, the dead never leave us alone. Amy Lawless’s second collection of poetry, My Dead (from Octopus Books*), was devoured in two sittings—but that is only because I had to shake the poppies from my skin and stare at the shadows on my bedroom walls between readings. Lawless writes with such a raw approach to death that her words breathe life into all of its brevity. Her prose takes the reader someplace higher—beyond the grave—to a deader world living inside the vulnerability of its narrators (and its readers).

The fear of death makes the poetry in My Dead  rattle—its heartbreaking, intimate, and often times perverse—Lawless writes death with the life-force of headlights and it’s hard to look away. The narrators’ hands are always dirty. What I found most remarkable in this collection was the narrative in her opening prose, “Elephants in Mourning”:

When an elephant dies the lover takes the body and rolls it over and over.

When an elephant is dead it lies in a way that living elephants can not.

When an elephant dies he takes the body and rolls it over.

He scrolls his trunk and pulls his head back.

Some call that honor but it looks like someone who wants religion for a minute.

He does not X out the window.

He is someone who wants to be told that there is something else.

There is nothing else.

Lawless makes us see elephants because they’re in the room with us. Suddenly, the mourning rituals of the two-legged sort seem alarmingly less human. And of course, there’s that smell: “Sometimes a man dies and no one finds him and his flesh dries off his bones and the bones slowly absorb back into the land and later a farmer will till the land and grow crops and feed the family . . .”  Now its cold sitting by the open window of our tiny apartments, deep between the cracks of taller buildings, somewhere in the big someplace. Her words are like a stale, open mouth and you constantly find yourself holding your breath. Stare at the shadows on the wall. Shake poppies.

What follows “Elephants in Mourning” is a series of jitters and screams; poems Lawless stabs with her sharp tongue and wit under the title, “One Way to Write a Sonnet is to Number the Lines.” Her words demand attention, but the choleric tone is thoughtful: “You think poetry / is something you get invited to but it isn’t.”  She finishes, “Why did you ask me for a light without looking at me? / Are you alone too? / Might we lean against the same tree? /  . . . And we will stay there until some social media finds us.”  A majority of her poetry reads desperate to share that we are all suffering alone together. Life is often more terrifying than death and her narrators take notice of the human condition.

My Dead plays to a thematic whole. There are human qualities in the alleged non-human and vice versa, but ultimately, accepting death—or truly, seizing life before death—is the only way to capture life and live to our brim. Notably in “Cannibal Wedding,” Lawless narrates in one of her most intimate (and arguably, her most perverse) poems about life, where it’s apparent that life literally feeds on death life:

At the cannibal wedding those invited looked upon them. Those who had loved and lost cried. And those who had never loved but wanted to love cried. And she, who had looked inside herself and knew that it’s just fucking wrong to expect another person to fill one’s vessel . . .

This is not so entirely different from her concluding narrative, “The Skull Behind My Face,” where Lawless bares the dirt beneath her fingernails and finally reveals her most grave vulnerability: what her fears of death look like. I think it will look familiar.

Lawless writes poetry that itches; you have to bury your fingernails into your skin and bleed a little to remind yourself not to scratch it. Particularly for those who think poetry is dead (god forbid), I recommend that you do yourself a favor and slap to yourself with a copy of My Dead. If you pay attention, you’ll discover what she means—and she’s only going to tell you once.

Janae Green is a writer living in the Pacific Northwest. She keeps a blog of her short prose and projects here.